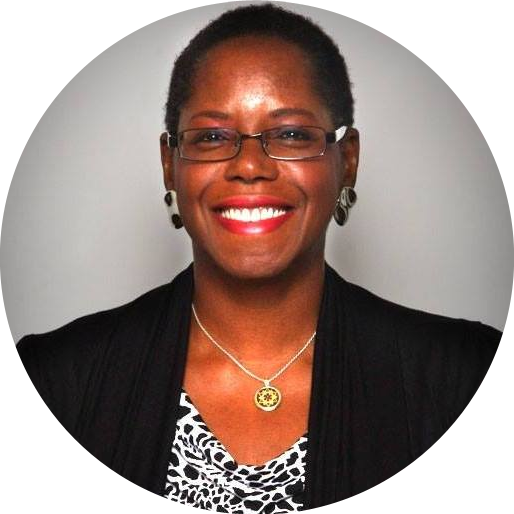 Meet Dr. Helen D. Wix
"I know I was created for more than this..."
Have you ever felt unfulfilled in your work, but you stayed because you had bills to pay and/or a family to take care of? You wanted your life to change but you just didn’t know what to do? If so, I know exactly how that feels…
In 2005, I went to work as a temp at Oracle in Silicon Valley. In 2006, Oracle hired me as a permanent Legal Assistant. I was so miserable! Deep down I knew that this was not the work that God sent me here to do on earth.
I always wanted to write and express my creativity through screenwriting, but things had not worked out for me in Los Angeles, so I moved to San Francisco.
I used to go outside on my breaks and during my lunch hour to sit on one of the benches beside the beautiful lake on the Oracle campus. I tried my best to figure out a way for me to leave my job, but I just didn’t know what to do. I felt stuck.
One day, I was given a huge stack of papers to copy. Unfortunately for me, the papers were not the same size; some were 8 ½ x 11, some were 8 ½ x 14, and some papers had to be copied both front and back so I couldn’t just put them on the copier feed and press start! I had to look at each page, one by one.
Usually, that sort of thing didn’t bother me, but on that day something inside me just snapped! I had never met the clients connected to this case; I didn’t even know what the case was about! It meant nothing to me!
Oracle usually hired an outside firm to handle our cases; we just did the research. On that day, however, something inside me finally felt fed up and I said to myself, “I know I was created for more than this!”
Although I had said that in the past, this time I added something that turned out to be the key, “And I’m going to find out what it is!” I had NEVER said the second part before, and I believe by making that decision, the wheels were set in motion to help me to make it come true!
Not long after I made the decision that I was going to find out what I was here to do, I typed into Google “personal development + spirituality” and I found a distance learning university with a doctoral program known as the University of Metaphysics founded by Dr. Paul Leon Masters.
The moment I saw it I knew that it was the right thing for me! I had always felt inferior because I didn’t have a college degree. One of the first activities students have to learn is meditation.
I began to meditate even though I felt apprehensive about it because of negative religious programing. One day while carrying out my daily job responsibilities, I heard that still, small voice say, “Quit your job.” But I didn’t have any money saved; I didn’t have a husband or boyfriend, and my family was 3,000 miles away! I thought it would be irresponsible to quit my job under those circumstances, so I chose to ignore it!
One day, not long after that first time, I heard those three words again, “Quit your job” and, once again, I decided to ignore it! Then, two co-workers that I had never had any trouble with, started harassing me.
I even finally went to management about them, and one of them got even worse than before! She would take things off my desk, and I would search all over, even checking with my attorneys to see if they had taken it back, then she would put it back on my desk; she was playing mind games with me!
One day, around quitting time, I decided that I had had enough! Life is too short, I thought, so I packed up all my stuff, sent an email to my attorneys to tell them I was quitting, and I walked out. I was so scared, but I decided to trust what I was told.
I am so happy to tell you that after I quit my job, I put my complete trust in God to take care of me. I thought it would be irresponsible for me to quit my job, remember? I listened to my intuition which led me to apply for unemployment. I was first turned down, but I felt that God wanted me to appeal it, so I did.
Even though I quit, when I explained to the appeals judge how I had been harassed by those two women, he ruled in my favor. In fact, I had to meet with another appeals judge on a separate matter in my case, and she also ruled in my favor! I received retroactive unemployment!!! It is victories like that which have helped me to trust my inner guidance! I was able to continue to take care of myself!
Eventually in 2007, I decided to enroll in a two-year community college to study film. Those were two of the happiest years of my life!
I am currently launching a business that makes my soul sing by helping other people to discover their Divine Life Purpose! I also have plans to write and produce my own independent films and a series soon.